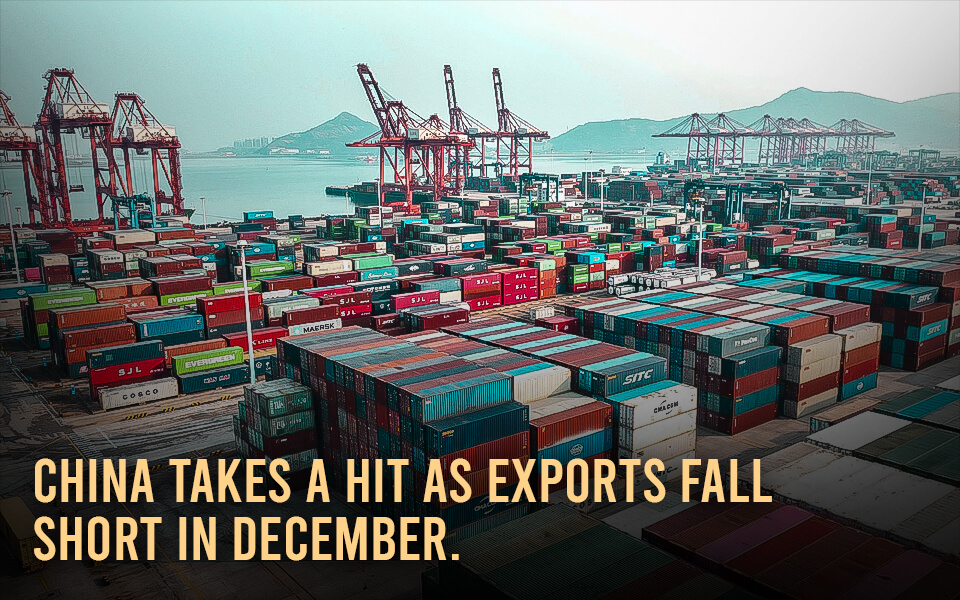 The customs administration on Friday declared that China’s imports and exports nosedived beyond what was anticipated in December.

A milder decline in the trade meant that it still grew in 2022.

According to a Reuters poll, it was anticipated that Chinese exports would decline by 10%; however, the slump of 9.9% in December was slightly better than last year in U.S. dollars.

China’s year-on-year imports declined by 7.5% in December in terms of the U.S. dollar, which was also more encouraging than the 9.8% that Reuters predicted.

China’s economy has surged for the last two years due to strong exports. But unfortunately, economists predict retardment in the demands from the U.S. and Europe.

For the first time since May 2022, Chinese exports fell year-on-year in October, per Wind Information.

As per the customs agency, Chinese exports and imports grew by 7.7% and 1.1%, respectively.

Compared to the previous year, cross-border e-commerce between China and other countries surged by 2.11 trillion Yuan ($301.42 billion) in 2022, according to the officials. In addition, exports regarding direct-to-consumer surged by 11.7% year-on-year.

There was a slight surge in imports from ASEAN compared to a decline from the U.S. and EU in 2022.