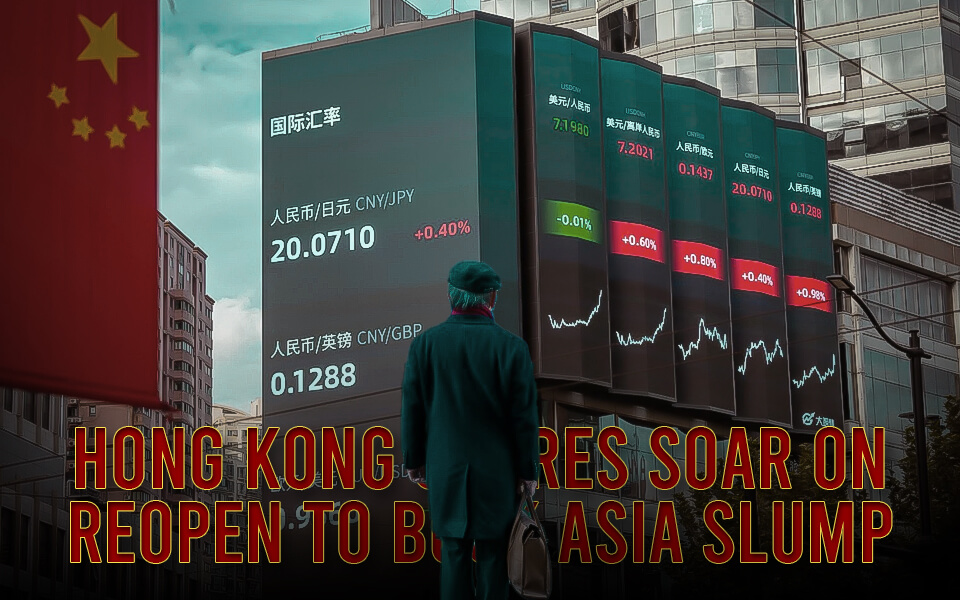 Despite falls throughout Asia, shares in Hong Kong increased in response to news of further easing pandemic restrictions in China. Concerns that China’s openness will increase inflation caused Treasury yields to increase.

While mainland Chinese market indexes varied and those in Japan and Australia decreased, the Hang Seng Index increased by more than 2%. On the other hand, the Kospi index for South Korea fell by more than 2%. Following the index’s 0.4% decline on Tuesday, European equities futures dipped, while S&P 500 contracts fluctuated between positive and negative territory.

Australia’s 10-year bond yield increased by more than 20 basis points, while Treasury yields of comparable maturities maintained their growth from Tuesday when they increased by nine basis points. However, after the Bank of Japan announced extra unscheduled bond purchases to limit rates, the dollar barely changed, and the yen fell.

Investor hope for a rally in the final trading week of 2022 to end a dismal year for the financial markets was dampened by the cautious attitude. A worldwide bond index has fallen 16%, while global equities have lost a fifth of their value, the most significant annual decrease since 2008. Moreover, the US 10-year yield has increased from just 1.5% at the end of 2021 to approximately 3.80% due to the dollar’s 7% increase.

Concern about the effects of global inflation increased after reports that China would begin issuing passports and Hong Kong travel permits to mainland citizens and would eliminate its quarantine rules for foreign visitors.

According to Matt Maley, chief market analyst for Miller Tabak + Co., the Federal Reserve may change course later in the year and begin decreasing interest rates, but that will only happen when the situation is considerably worse than it is right now. “Even if they cease raising rates in any fashion, the Fed will maintain high-interest rates if we just have this gradual grind lower.”

The prospect for oil was improved by China’s reopening, which coincided with Russia placing restrictions on crude exports to foreign buyers who adhere to a price cap. Oil held onto a three-week high as a result.