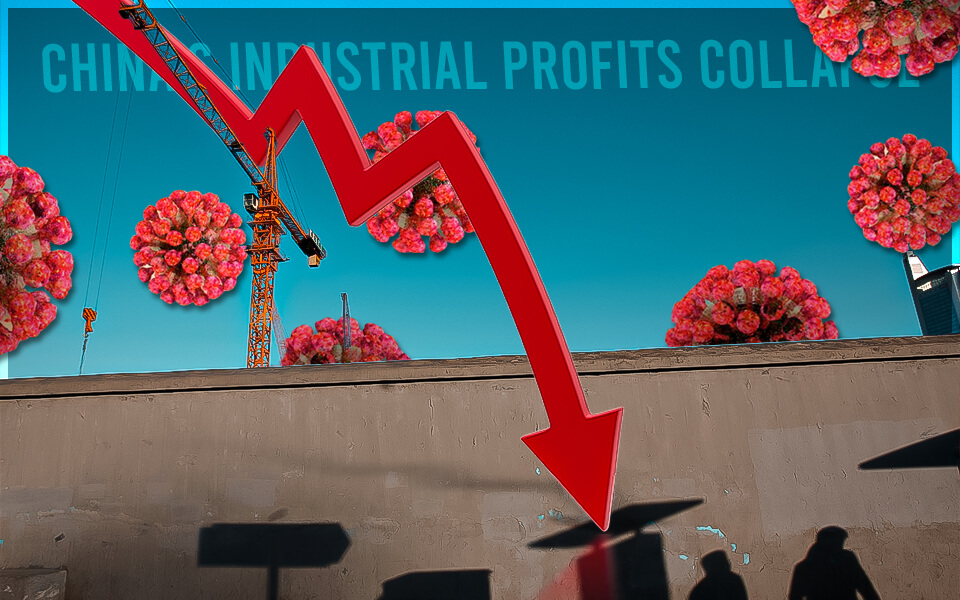 Information published by the National Bureau of Statistics (NBS) stated that industrial profits sank 3.6% in January-November from the previous year to 7.7 trillion yuan ($1.11 trillion) on Tuesday, compared with a 3.0% drop for January-October. However, no independent data was published for last month.

Rebound in COVID outbreaks and mediocre demand last month that curbed industrial production and placed increasing pressure on Chinese businesses was highlighted by Zhu Hong, a senior NBS statistician from the bureau.

Experts have noted a squeeze in profits from anti-virus restrictions in significant manufacturing hubs such as Guangzhou and Zhengzhou, as well as the persisting strength of a persistent property recession and decelerated manufactured goods.

However, a robust recovery is expected in the following year as soon as the economy reopens. Although in a short time, there is likely to be a further slump due to the removal of restrictions which brings a sudden increase in infection.

Last month, industrial output raised by only 2.2% from the previous year, missing expectations for a 3.6% gain in a Reuters poll and decelerating significantly from the 5.0% growth seen in October.

It is abandoning some of the world’s stricter anti-virus restrictions in early December. It announced Monday that it would end quarantine requirements for inbound travelers beginning the 8th of January. The economy is expected to suffer during winter since most of the population has been infected and will be unable to work while trying to recover.

Industrial profits could sink further in December with many cities facing an uprise in COVID infections, said Hao Zhou, chief economist at GTJAI.
However, he added that solid improvement is likely from next January as economic activity returns to normal. He called for sturdy and targeted policies to assist private-sector firms in the coming year.

JP Morgan analysts said China’s domestic market reopened earlier than usual. It would mean a shorter period of transitional pain in the first quarter of next year. The second quarter can see an above-trend sustained recovery.

They cut their estimate for China’s year-on-year GDP growth rate for the current quarter from 2.7% to 2.2% but raised their full-year growth forecast for next year to 4.3% from 4% earlier this month.
Profits at private-sector firms have shrunk 7.9%, slightly improving from the 8.1% fall in January-November.

Profits shrunk for 21 of 41 major industrial sectors, with the ferrous metals smelting and pressing industry suffering the abruptest decline, at 94.5%, comparable with a 92.7% fall for the first ten months.
Profits were down by 13.4% for manufacturers in the first 11 months, matching the fall in January-October.

Business confidence in China has fallen to its lowest level since January 2013, reflecting the impact of surging COVID cases on economic activity, as shown by a survey last week.

China’s economic growth was just 3% in the first three quarters of this year and is expected to stay around that rate for the entire year, one of its worst years in almost half a century. Industrial profit data covers large firms with annual revenues above 20 million yuan from their primary operations.