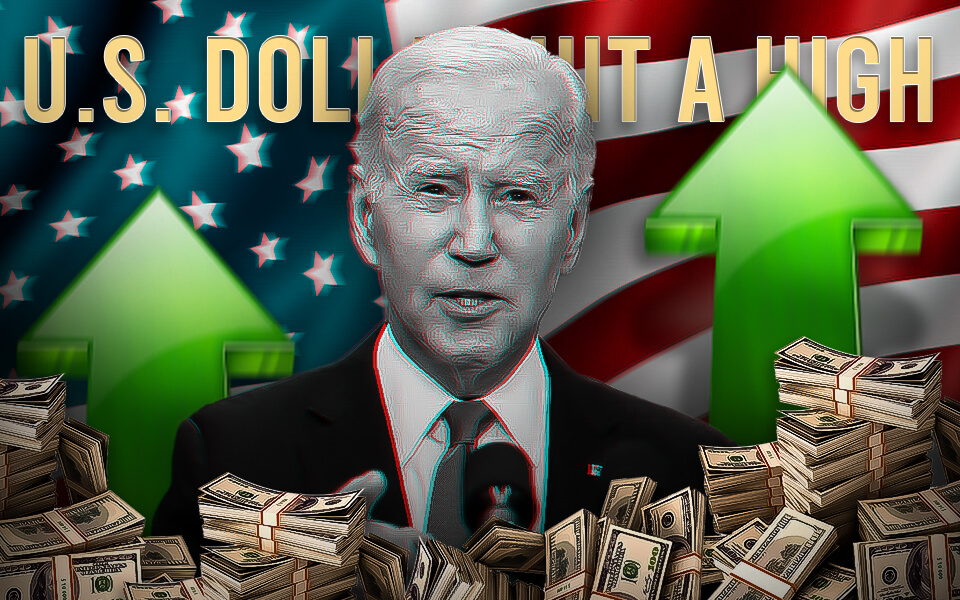 In simple words, the rest of the world is drastically impacted by U.S. dominance. The CNBC news team has covered why the U.S. is dominant and how we can break free from it. The two significant interviewees who have joined CNBC for the news article are namely Eswar Prasad, an Economist at the Brookings Institution and Professor at Cornell University, and Johana Chua, the Chief Asia Economist of Citigroup.

After the 2nd world war, the U.S. gained the superpower in terms of monetary policy. As a result, the Dollar has become the only dominant currency that has influenced other nations in global trading. Since then, the U.S. dollar has been counted as a white shirt from the laundry bag due to the facts such as the size of the economy and reserved currency, and it enhanced functional and reliable economic growth.

In an interview conducted by CNBC news with Eswar Prasad, he stated one of the major points “The paradox is the rest of the world despises how dominant the Dollar is, yet they go to the U.S. dollar because there really isn’t much of an alternative.”

Further, he added that the U.S. economy is doing relatively well compared to the rest of the world. That’s the result of the dollar strength. But, the added feature here is that the money flows to the U.S. dollar, which has been seen as the safest currency to put money in. It is one of the reasons for Dollar’s dominance. That is undoubtedly a problem for low-income countries that have a high level of foreign debts.

Proving his statement, the reports say foreigners are purchasing the U.S. currency as foreign investors need more trust in other countries’ currencies. The other reason is they are doing it keeping in mind the future perspective that when the U.S. dollar strengthens, it becomes more expensive to pay them back.

Matter of Sri Lanka and the U.S.

Every sector, especially import and export, trades in U.S. dollars. The currency’s popularity keeps expanding, resulting in the dominant behavior on the global platform. As a matter of inflation, the Srilankan economy has been affected tremendously. One report stated that the average price index for overall nations is around 9%.

Still, Sri Lanka itself has been hammered with a 50% hike that creates the situation of riots in the country against the U.S.; as a result, the president has to resign with force. Moreover, it brought back memories of the financial crisis held in 1997.

Iswar Prasad added, “Dollar benefits the U.S. because of the import. However, it does not import much, which puts other countries in a severe position. On the flip side, the benefits of the U.S. dollar are small and transient.”

Even with a lot of discussion on the Dollar’s demise, summing up to nearly 60% of the world’s central banks’ foreign exchange reserves – a financial emergency may arise. The share of the U.S. dollar as a payment currency worldwide is more than 40%, international debt 50%, and global loans 50%. Surprisingly, the oil trade is also made with the go-to financial international currency, U.S. dollars.

Johana Chua has also presented her words on this economic topic, “It is a vicious cycle. However, it is a good power for the U.S., and for other nations, it enhances the negative situation of global funding.”

Some economists believe that the GDP is growing smoothly, but many countries are looking for alternative currencies. Johana added, “The liquidity risk triggers many insolvencies. Moreover, when you strengthen the Dollar, you erode buyers’ purchasing power and other countries whose currencies depreciate.”

On that note, Eswar added, “Many countries are trying to break free from the U.S. Dollar because China has set up the CIPS, i.e., Cross Border Interbank Payment System. It is against the monopoly of the U.S. dollar in the international market.” China’s import and export activities are at a high edge, so he proposes the idea of entering the international market from the currency point of view.

Some economists have identified that the U.S. economy has been shrinking for the last 20 years, and its shares have shifted toward emerging markets.

Does the U.S. want to weaken its currency, Afterall, it benefits the U.S. market.?

Johana has given an answer that can enlighten us from another perspective. She stated, “the recent geo-political event is conflicting in nature that the countries might use their monetary policies as per the geo-political adjectives.” It can influence various sectors, including sanction, debt, and public institutions like SWIFT stands for Society for Worldwide Interbank Financial Telecommunication.”

Furthermore, it impacts Fintech and its digital approach to transferring money with a broad perspective on low-income households on low scales. However, the technology needs to be accepted under several reforms in the country.

The U.S. currency hit in September 2022 has impacted the developing nations at stake. The issue has also been embroiled in an economic and political crisis.